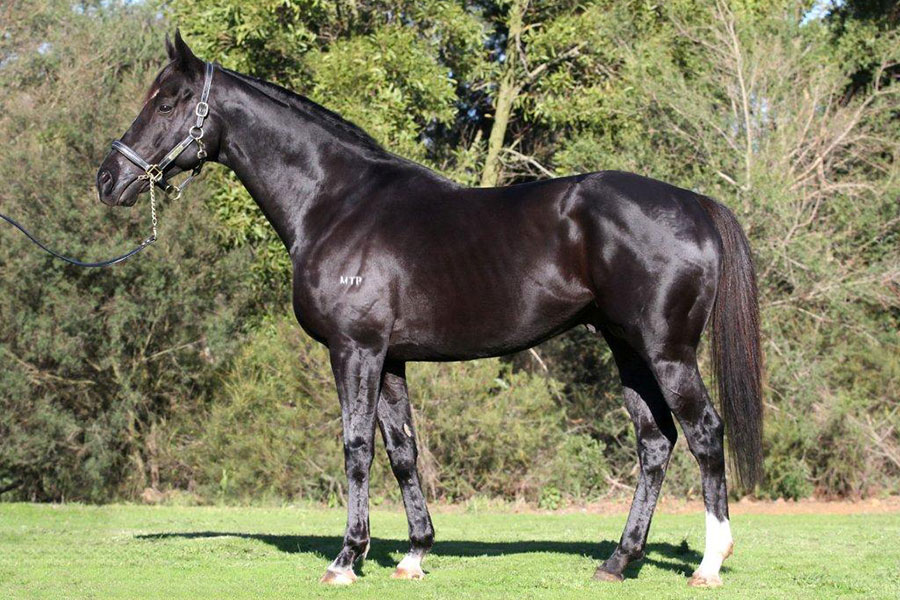 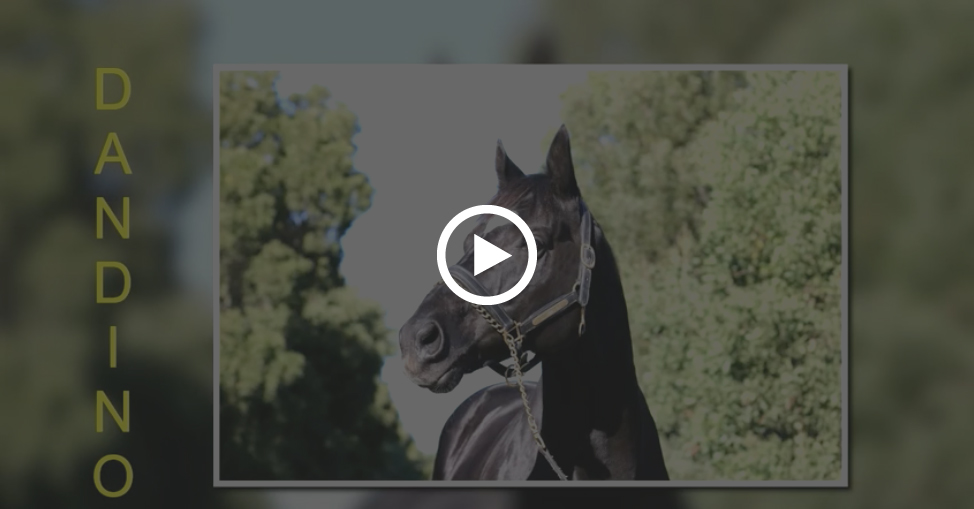 Stunning stallion DANDINO (GB) needs no introduction for Australian racegoers. He arrived in Australia with a highly impressive international record, having raced successfully in England, USA and Canada and with a Group 2 (Newmarket Jockey Club Stakes), a Group 3 (Kempton September Stakes) and a Listed win (Arlington Park American St. Leger Stakes) as well as a Group 1 second (Woodbine Canadian International Stakes) and a further eight Group and Listed placings before he landed on Australian soil.

He adapted beautifully to Australian conditions, running second in the Caulfield Cup (beaten 1.25 lengths by FAWKNER) at this first start here as a Spring Carnival visitor in 2013. After a suspensory ligament injury, Dandino came back to stay in September 2015. After a couple of meritorious runs in the Group 1 Underwood (beaten 2.85 lengths) and the Group 1 Turnbull Stakes (beaten 0.95 length) and running second in the Group 3 Geelong Cup, Dandino went out on a high note by winning the Group 3 Queen Elizabeth Stakes at Flemington in November.

In his career, Dandino has raced against some of the world's most successful middle distance performers and his globetrotting success is testament to his professionalism and toughness. A recurrence of his suspensory injury has forced the decision to retire him from racing. Dandino is offered as a superb breeding prospect.

A winner from 1800m to 2700m, Dandino is an outstanding type standing 16hh, has a wonderful temperament and possesses a desirable pedigree.

His sire DANSILI is a highly successful sire, having produced among others the Prix de l'Arc de Triomphe winner RAIL LINK (now at stud). His son HARBINGER was officially the Highest Rated Horse in the World in 2010. He is the sire of 19 Group 1 winners of 33 individual Group 1 races. 26% of his stakes winners are at Group 1 level!

Dansili is now emerging as a force in the broodmare sire ranks, plus also as a sire of sires with many of his sons at stud in Great Britain, USA, Japan, Europe and New Zealand. Stakes winners from this emerging sire line dynasty are coming on a regular basis and with the quality of his first foals, there is every chance that this will continue with Dandino in Australia.

Dansili is a son of DANEHILL, who needs no introduction to breeders as a 'breed shaper' in this country and overseas.

Dandino is the best of his three-time winning dam's progeny so far, however his half sister has produced stakes placegetter and 2 year old winner in France, No Education, and 1200m winner at Ascot, Robero. This is the family of French Group 1 winner, LYPHARITA, a full sister to Dandino's granddam.