The success of a stallion is ultimately measured by the success of his progeny on the racetrack, albeit some 3 or 4 years after he first arrives at stud.

But success can sometimes be predicted by the quality of the foals when they arrive, and this could just be the case for DANDINO (GB). The arrival of his first foals in the 2017 season has created some excitement at Bombora Downs in Bittern, Victoria and rightly so.

Bombora Downs stud principal Christoph Bruechert, has breathed a sigh of relief with the safe arrival of the first of Dandino’s foals.

“So far we have three foals by Dandino on the farm and if he is starting as he means to go on, then Dandino will exert great influence on his progeny. Both foals have a lot of their father about them and the colt from O’Marie is just a little version of his dad which can only be a good thing”.

Dandino is an outstanding type, standing 16hh with a wonderful temperament. He successfully campaigned 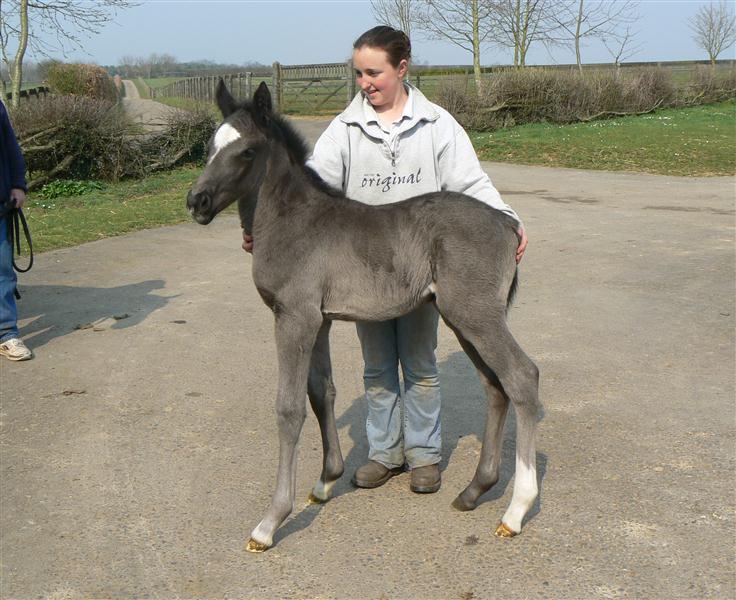 in England, USA, Canada and Australia, winning Group races in all 4 countries. Although only winning to Group 2 level, he was placed twice in Group 1s, including running 2nd in the Caulfield Cup at his first start in his Spring Carnival campaign.

He has an outstanding race record, having won 9 times from 37 starts, won or placed in 18 Group / Stakes races, and having won from 1800m to 2700m. He started his racing career as a 2yo where he placed 2nd, raced until 8 years old and had a blistering turn of foot.

Dandino is the son of Dansili who, from 14 crops of racing age (so far), has supplied 185 stakes performers with 71 Stakes winners. Dansili is now emerging as a force in the broodmare sire ranks, plus also as a sire of sires with many of his sons at stud in Great Britain, USA, Japan, Europe and New Zealand. Stakes winners from this emerging sire line dynasty are coming on a regular basis and with the quality of his first foals, there is every chance that this will continue with Dandino in Australia.