Christoph had no expectation of standing a new stallion at the stud, but on the eve of the 2015 stud season he has been presented with an opportunity normally reserved for the big boys in the breeding game.

“If you’d asked me what I wanted in a stallion I’d have said ‘a Group 1-winning two-year-old that trained on, backed up with a solid pedigree’”, and Christoph’s new stallion Warhorse, son of the brilliant General Nediym, is far more than that: he was a champion two-year-old; a multiple Group winner, including a Group 1 at two; he won from 1200m to 1400m; and was Group 1-placed at 1600m. 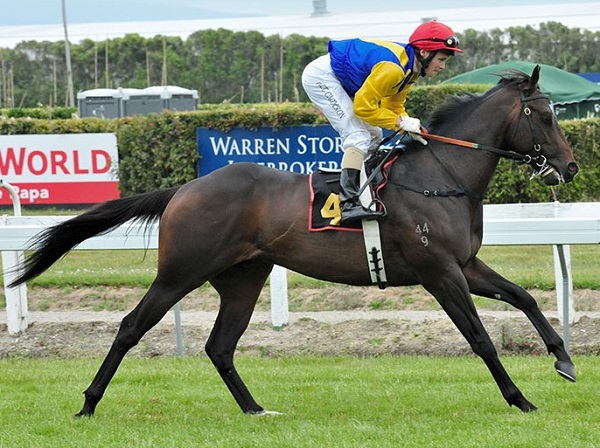 On top of a stellar juvenile career, Warhorse was a classic performed three-year-old, a proven Group-class weight-for-age performer and Group performed from two to five years. Warhorse has an extremely solid pedigree – he is by General Nediym, the sire of 73 per cent winners-to-runners, from the commercially hot Giant’s Causeway mare, Rathlin Island. The commercial appeal of the family is highlighted by some recent sales – a half-brother to Warhorse made $335,000 at the 2015 yearling sales and a half-sister sold at the recent broodmare sales for $410,000.

Warhorse’s pedigree is completely Danehill free and he’s from a family that is proven to cross with the Danehill line. Importantly he’s a great looking individual – standing almost 16hh – with a neat strong build in the General Nediym mould, and is very correct. While Warhorse was a champion two-year-old, he was no flash in the pan as he raced and performed in elite company until he retired sound at five. He was durable, classy and possesses a wonderful temperament.

Whether you are breeding to race or breeding to sell, it would be hard to find a better value prospect that delivers on performance, pedigree and physique at his service fee. Warhorse will stand at a fee of $7,700.

(Extract taken from Inside Breeding 2015 edition)