Updates on Horses, spotlight on Dandino (GB) and the works progress all to follow .....

Horses
We have seen a few spellers arrive; those that do not appreciate wet tracks. Plus a few spellers leaving; to be ready for an early spring campaign. Some late yearlings have departed; off to be broken in. A few new weanlings have arrived.

With the Weanling and Yearling sales dates now locked in for July, sales preparation will be kicking off again next month. Always something going on.

May saw several farms release their stallion rosters, with announcements of new stallions and the publication of the service fees. Now is the time to start thinking about what your mare might be doing in the coming season. So to get the thinking cap rolling, let us have a look at one of Bombora Down’s stallions.

Dandino (GB)
Dandino (GB) started his racing career as an Autumn 2-year-old, finishing second at his second start. In his 3-year-old year he won 4 races on end before embarking on his globetrotting career. Dandino raced successfully in England, USA and Canada, with a Group and Listed and a further nine Group 1, 2, 3 and Listed placings. This was all before he landed on Australian soil! He continued his wins and placings in group company until he retired in 2015, going to stud in 2016. 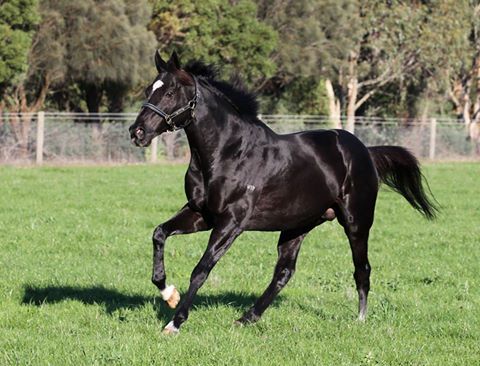 Dandino is a stunning, correct type with a brilliant turn of foot.

His first foals arrived on the ground in 2017. Strong types with great temperaments, just like their father. Some were even copies of the early foal pictures of their dad, so he is really stamping his progeny with his great looks and personality.

His dam, Generous Diana (by Generous) has had 10 named foals, 7 to race, 4 winners. Her last foal is still racing, Pirate King with 14 starts for 4 wins 3 placings. One of Dandino’s (GB) half-sisters, Ceilidh Band (by Celtic Swing) has had 5 named foals, 4 to race, for 2 winners, one a stakes placed 2yo over 1200m.

Dandino’s family is still producing winners on all types of surfaces. They possess speed and versatility over short, middle and staying distances And Dandino has a very desirable pedigree being by Dansili one of the most sort after stallions (now retired) in Europe.

His oldest progeny are 2 year olds and are in some of the best stables such as Mitchell Freedman, Danny O'Brien, Paul Preusker and Ciaron Maher to name just a few. Some have ventured to the jump outs with very encouraging results. The reports from trainers are excellent and there are good things on the horizon with this stallion.

Works
Work on fencing the new property at Beds For Tail has begun. Old fences have been taken down and the new posts are ready to be put in. All the new trees and bushes have arrived so planting will be started in earnest soon. Maintenance at Bombora Downs for the upcoming breeding season has also started. Fences mended, foal boxes and yards starting to be prepared and paddocks being sprayed.

There is never a quiet time in this industry.